When France surrendered to Germany in June 1940, Hitler wanted to rub their noses in it. An old railway carriage did the trick.

After sweeping into France via Belgium and the Netherlands, Hitler felt – and was – unstoppable. About a month before France actually fell to Germany, he confidently specified the location for the formal surrender: the Forest of Compiègne, in the very location, and in the very railway carriage, where Germany capitulated to the French 22 years earlier. 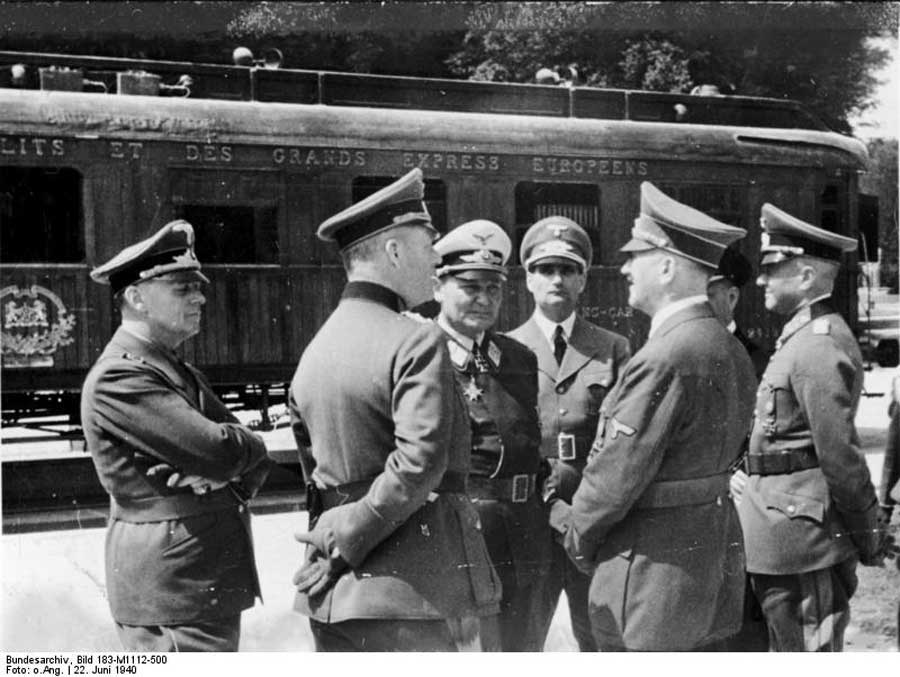 France’s surrender to Germany in 1940, and Germany’s capitulation to France in 1918, were both formalised in the same railway carriage. Hitler’s entourage included top military figures such as Göring, Keitel, Brauchitsch, Raeder and Hess, and Foreign Minister Joachim von Ribbentrop.

The railway carriage was still in the area, in a local museum. On Hitler’s order, it was moved to the historical forest clearing when France’s surrender became inevitable.

After the signing ceremony on 22 June 1940, the carriage was moved again, this time to be exhibited in Berlin. As the war in Europe drew to a close in 1945, SS troops destroyed it.