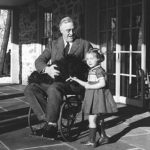 Seated. At his White House desk, or in a car, or in an armchair. Or standing, his arm linked for support by his son or another aide. America’s 32nd president never posed in a wheelchair – – almost never.

Franklin D. Roosevelt (1882-1945) was unable to stand unaided, due to having contracted polio when he was 39. In photographs he is invariably depicted seated, or standing dignified and erect, often arm in arm with his son Elliott.

Typical is this well-known picture taken at the Yalta Conference in February 1945, showing the three main participants seated. 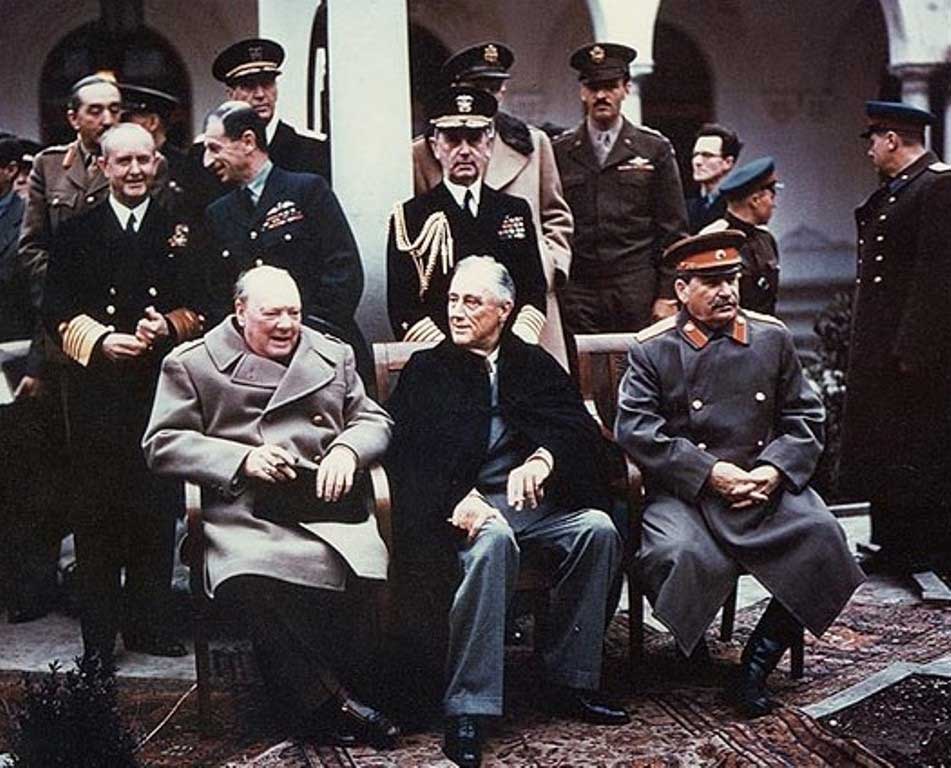 Polio was literally a heavy burden

When FDR returned to Washington, D.C. from the Crimea, he addressed Congress (1 March) and, uncharacteristically, did so while seated:

“I hope that you will pardon me for this unusual posture of sitting down during the presentation of what I want to say, but I know that you will realize that it makes it a lot easier for me not to have to carry about ten pounds of steel around on the bottom of my legs; and also because of the fact that I have just completed a fourteen-thousand-mile trip.” 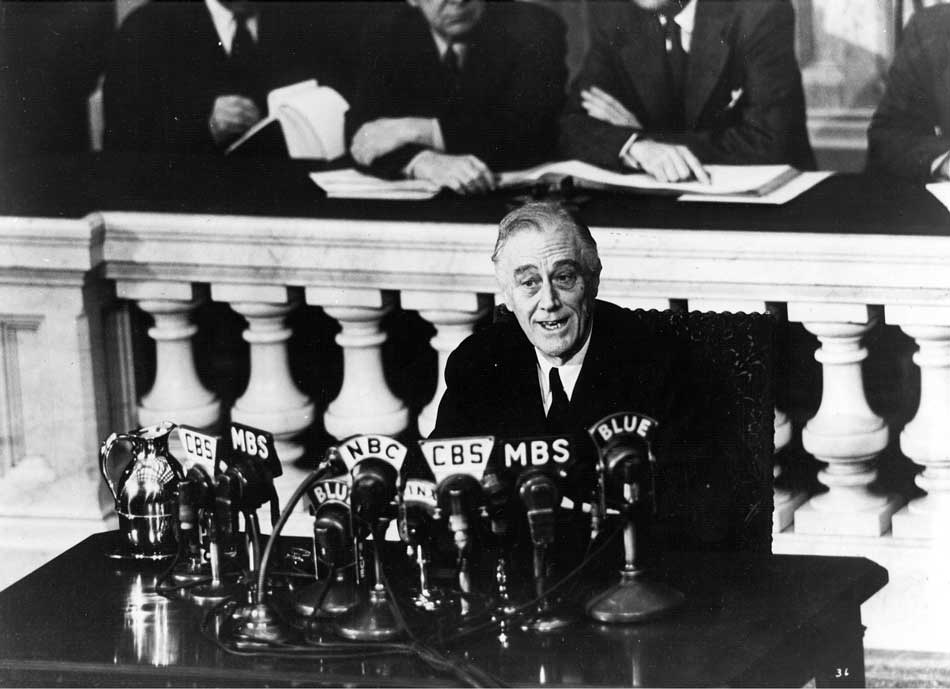 This was the only time FDR publicly mentioned his condition throughout his 12-year presidency. He died on 12 April, less than six weeks after addressing Congress, and less than three weeks before the end of the war in Europe.