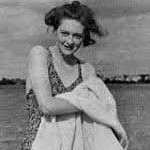 When British Major William Martin’s body washed up near Spain in 1943, the Germans obtained a snap of his fiancée Pam – and Allied invasion plans. The Germans were delighted. So were the Allies.

William Martin was a made-up name attached, by British Intelligence, to a realo-life civilian who had committed suicide in London, Glyndwr Michael. British military officials worked diligently, and brilliantly, for months preparing his body to deceive the Germans.

Major Martin carried documents indicating that the Allies planned to invade Greece, Corsica or Sardinia. In fact, Sicily was in their sights.

For the scheme to succeed, Martin’s possessions had to fall into the hands of the Nazis. To that end, Allied planners concocted a scheme in which Martin would drown near Spain. Allied intelligence was confident that Spanish authorities would give Martin’s belongings to German officials. This confidence was not misplaced. 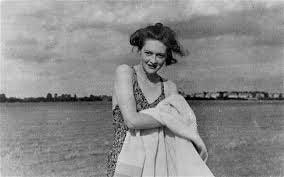 To make Martin as convincing as possible, he was given a non-existent fiancée and an equally fictional bank loan. And he dutifully carried with him a photo of his beloved and a letter from his bank manager concerning his loan. He also had theatre tickets and other mundane, routine items. To highlight his importance, his briefcase was chained to his wrist.

In April 1943, Martin –  Michael’s body had been kept in cold storage for months – made his debut as his body was slipped into the water off the Spanish coast. His briefcase was attached to his wrist, and an upturned raft was also released into the water, to appear as if “Major Martin” had drowned after an airplane accident. It was a convincing performance.

Spanish fishermen retrieved Martin’s body, and his belongings quickly reached the highest levels of the Abwehr, German intelligence. Convinced that the military plans were accurate, they ordered German troops to Greece to defend against an invasion that never occurred.

William Martin was buried – as William Martin – in Huelva, in the Spanish southwest, not far from the location where his body was found. In 1998, his real name was added to his gravestone.

This story forms the basis of the 1956 movie The Man Who Never Was, and Ben Macintyre’s 2010 book Operation Mincemeat.