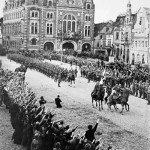 German troops remilitarized the Rhineland on 7 March 1936, an act of military bravado that was just that – an act. Hitler took a big gamble. He won. 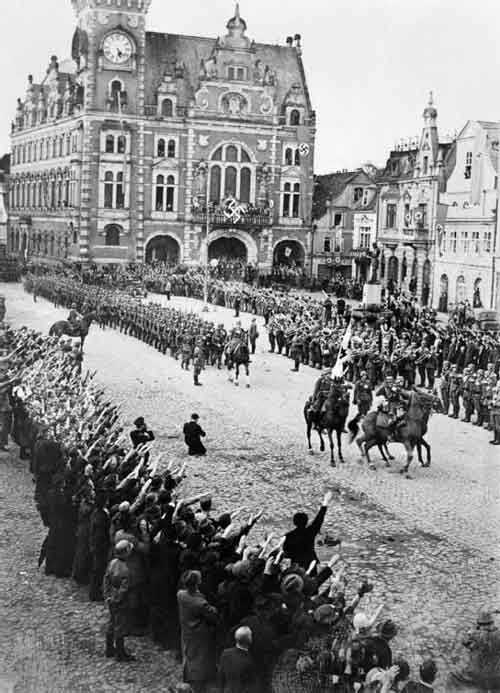 German troops had been poised to enter the Rhineland for some time. It was a big step, not only militarily but diplomatically too in its defiance of the Versailles Treaty and the Locarno Treaty. Would the troops actually do it?

Berlin-based American journalist William Shirer had his doubts. He knew the real strength of the French as well as German armies and believed that the Germans were realistic enough to avoid the risk. “The French army could easily drive it out,” he noted in his diary (later published as Berlin Diary). He knew it. So did Hitler.

The French did not even try to confront or repel the Germans, leaving Shirer apoplectic with amazement as well as rage. “Oh, the stupidity (or is it paralysis?) of the French!  I learned today on absolute authority that the German troops which marched into the demilitarised zone of the Rhineland yesterday had strict orders to beat a hasty retreat if the French army oppose them in any way. They were not prepared or equipped to fight a regular army.”

Hitler later confided that “The 48 hours after the march into the Rhineland were the most nerve-wracking in my life. If the French had then marched into the Rhineland we would have had to withdraw with our tails between our legs, for the military forces at our disposal would have been wholly inadequate for even a modest resistance.” (Alan Bullock, Hitler and Stalin: Parallel Lives.)

According to The Penguin History of the Second World War, “The French government of the day was…filled with fear by the gloomy and timorous advice of its own generals, and deceived by a German cover plan which induced it to believe that Hitler was using 265,000 men instead of only a few battalions backed by four divisions.”

The German “cover plan” included a propaganda campaign using impressive photographs. The most prominent features in the photo above are the long rows of marching men, the massed onlookers giving the Hitler salute, and the officers on horseback.

Also in the frame: In addition to the photographer who took this picture, at least two others are recording the event, one kneeling and one standing, to the left of the horses. Pictures of this event could then form part of the “cover plan” for future incursions.